An impressive 100km long line of cliffs that form the northern boundary of the North East region. 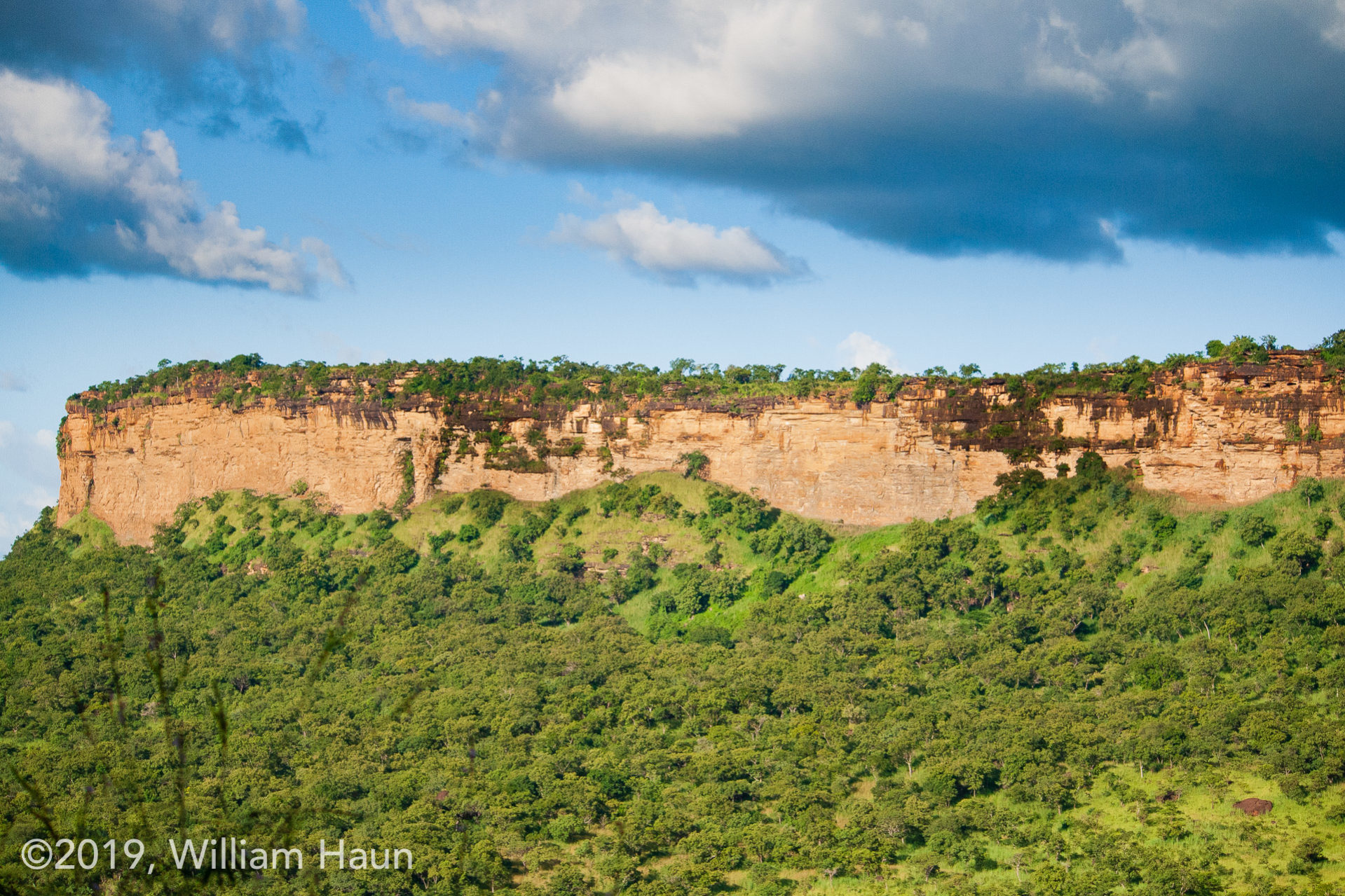 The escarpment of Nakpanduri, Ghana.

The Gambaga Scarp is a line of cliffs that run along the northern border of Ghana’s North East Region.

These cliffs run nearly 100km from Walewale to the Ghana-Togo border at Tusugu. They are composed of horizontal layers of sandstone and rising over 300 meters high in some places. At Gingana Mountain, the plateau causes the southbound White Volta River to turn west and follow the western half of the scarp until it finally turns south again at Kpasinkpe.

All along the escarpment there are many opportunities for hiking and bouldering.

The town of Nakpanduri in Bunkpurugu-Nyakpanduri District provides the best and most accessible views from atop the plateau. It is a favorite tourist destination in the Region with its epic viewpoints and cool overhangs.

Gingana Mountain is a point a few miles from Nalerigu that has nice trails available. There is also a trail north of Gambaga that leads down to the White Volta River rapids at Achenga Fishing Settlement.

At the Escarpment near Nakpanduri there are also some hidden structures along the cliff face that resemble the mysterious adobe structures recently discovered at Kpatiritinga. One major difference being that these have stones incorporated in their walls and either connect to the rock shelf above or have wooden beams creating a flat roof.

Prehistoric rock paintings and carvings have been found along the cliffs most notably at Tusugu, Gingana, and Kpatiritinga.

Wildlife Along the Scarp

Decades ago, you could stand atop the Gambaga Escarpment and look down upon herds of elephants and antelopes. Today, elephants sightings are rare (but still do occur) and the antelope have been hunted off. Baboons and Patas Monkeys are still see regularly along the cliffs and rock hyraxes are in abundance but hard to spot as they scurry into the crevices. In the forest below the escarpment, nocturnal animals like porcupines, genets, and lynxes still roam at night.

Hiking along and down the cliffs will bring you up close and personal with all sorts of wonderful and interesting smaller creatures like squirrels, geckos, a host of interesting insects, and yes, occasionally snakes. Birdwatching is also especially rewarding both on top of and below the cliffs.