The chief's palace in Nalerigu, the traditional seat of the overlord of Mamprugu is a center of cultural activities in the region. 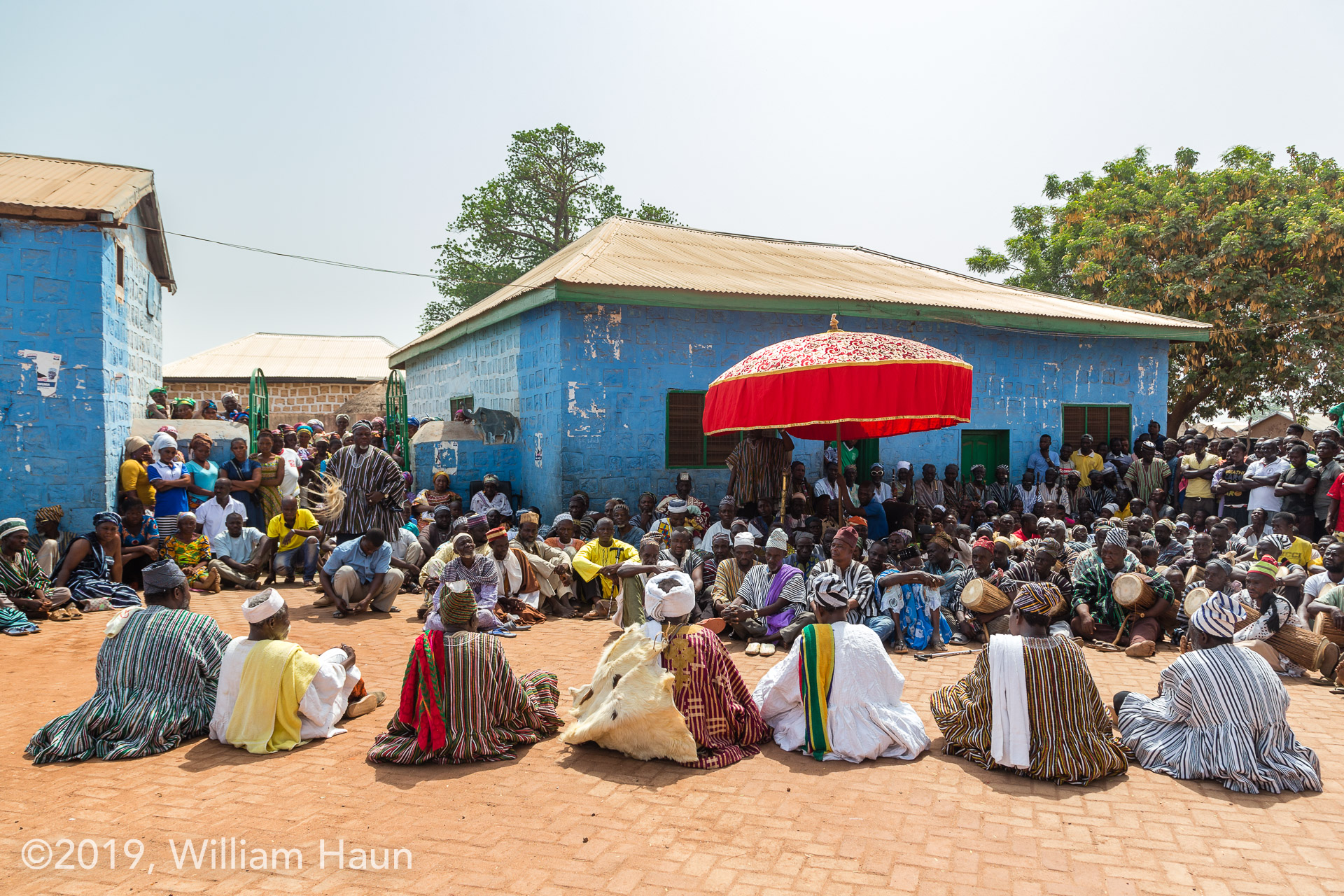 The chief’s palace in Nalerigu, the traditional seat of the overlord of Mamprugu is a center of cultural activities in the region.

NaYiri literally means “chief’s house” in Mampruli (naaba = chief + yiri = house]. Therefore, every village has a naa yiri or chief’s house. However, in Nalerigu the king, or paramount chief, is referred to as the NaYiri because he himself embodies the institution that is the chieftaincy.

A drawing from anthropologist Susan Drucker-Brown’s work in the 1960s next to an aerial shot of the palace in 2017 shows how the layout has been adhered to closely for the past 60 years.

Under Naa Bɔhaga’s reign (2004-present) the palace has seen some nice renovations.

It is the Mamprusi’s tradition to abandon the palace after the passing of the NaYiri. [2] The chieftaincy then moves to the other “gate” (a bit like a family clan) and when their NaYiri is enskinned they will restore their gate’s palace.

The current NaYiri is from Naa Sheriga’s gate. One can see the ruins of the Naa Bɔŋŋu’s palace on the northeast side of the bus station across from the Central Mosque.

The NaYiri Palace is easy to find in the center of Nalerigu, just southeast of the bus station.

While anyone can see the palace from outside, one does not simply enter the palace. In fact, even bicycles and motorcycles are prohibited from crossing in front of the palace (to do so will incur a fine).

To visit the Overlord, one must find a local representative (usually a chief or court elder) to setup a visit to the king and escort them in. A gift or “kola” for the chief is expected as well as for your guide.

The best time to visit is during the Damba Festival or Fire Festival. If one is lucky, they may happen to visit when a chief is being enskinned by the king.